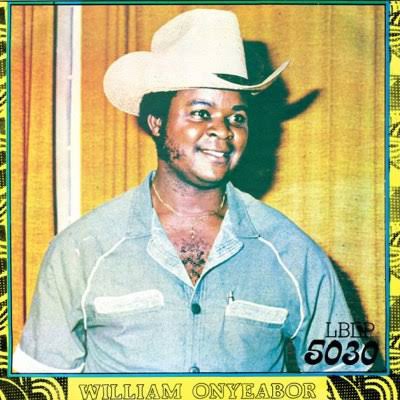 On our Throwback Thursday episode today on Naija Tunez, we’re taking us all the way back to to 1985 before a lot of us were born… well you guys ;).

What’s even better about this is that it’s still appreciated internationally till date, and yes William Onyeabor is still kicking and performing.

More about William Onyeabor Per Wikipedia:

His songs are often heavily rhythmic and synthesized, occasionally epic in scope, with lyrics decrying war sung by both Onyeabor himself and female backing vocalists. In recent years a number of his songs have appeared on various compilations, most often his biggest hit “Better Change Your Mind” which appeared on Africa 100, World Psychedelic Classics 3: Love’s a Real Thing – The Funky Fuzzy Sounds of West Africa, and Nigeria 70: The Definitive Story of 1970’s Funky Lagos, through labels such as Luaka Bop.

Some biographies claim that he studied cinematography in Russia, returning to Nigeria in the 1970s to start his own Wilfilms music label and to set up a recording and production studio. He was later crowned a High Chief in Enugu, where he still lives as a businessman working on government contracts and running his own flour mill. According to the Luaka Bop record label, Onyeabor “self-released 8 albums between 1978 and 1985 and then became a born-again Christian, refusing ever to speak about himself or his music again….By attempting to speak with Onyeabor himself, and by talking to people who seem to have firsthand knowledge, Luaka Bop has been trying to construct an accurate biography of him for the past 18 months…without success.”

VIDEO: Wizkid – Bad To Me