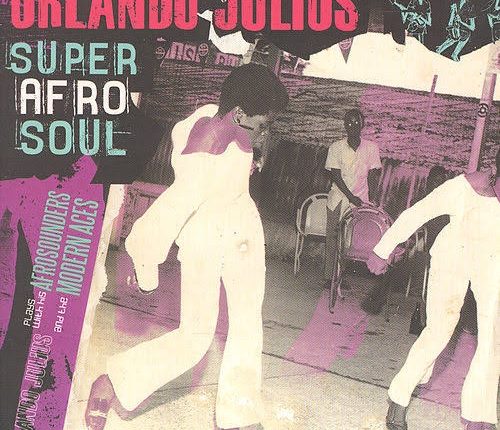 Julius began churning out breakbeat-laden singles in the early ’60s with his 10-piece band, the Modern Aces, and then in 1966 they birthed their first LP dubbed “Super Afro Soul” where he demonstrated his uncanny skills at bridging the Atlantic by mashing Latin percussion, high-life guitars, R&B horns and a nascent funk attack—all particularly showcased on “Ijo Soul“, a song strikingly similar to James Brown’s mega-hit “I Got You (I Feel Good).”

Residing in Ibadan, Orlando used his orchestral prowess to attract musicians from all over, including one trumpet-wielding Fela Kuti.

Fela, freshly returned from London and looking to get his own mojo working, frequently sat in, soaked up Julius’ juice, soon traded trumpet for sax, “borrowed” a few Modern Aces and formed the Koola Lobitos, the band that would hammer out the sonic blueprint for Afrobeat before Fela’sinfamous Afrika 70 Band officially catapulted it.

The song, “Jagua Nana” considered as his first hit was released in 1965, the name applying slang for Jaguar cars to a woman.

On the success of this song, the legendary singer went on tour around West Africa as his music became popular in the region.