Blaqbonez Is A Marketing Genius: See The Brief Break Down To Learn From 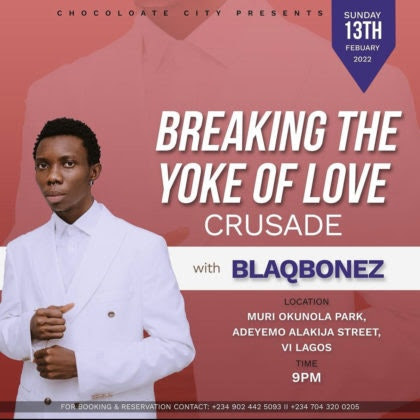 Secondly, Bonez created an appearance to convey this message for spontaneous marketing purposes. He has always loved to connect us with this approach and it’s wise to call it the branding he maneuvers 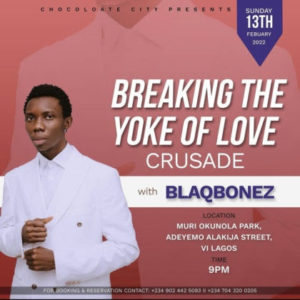 The 26-year old Nigerian rapper-songwriter Emeka Akumefule, popularly known as Blaqbonez is taking the Nigerian music soundscape through a much more dense creative state. Blaqbonez has a spike in the use of social media and traditional media outlets to engage and replicate his numbers.

According to Blaqbonez, “What counts as my “9 – 5” is creating videos on TikTok asking people to listen to my latest single…In these Corona times, social media is everything because there isn’t a lot of offline promotion that can be done right now. That’s why I am going hard on social media…So, now that my music is getting airplay, I have to double down on promoting it to an even wider audience”

Bonez often installs creative materials on social media as well as the parodic persona he turns on to enable him to connect with fans and users of the platforms (Instagram/TikTok) especially. In 2020, Blaqbonez aggressively engaged listeners with his single titled “Haba” at the time.

He leverages social media strategically, and it has allowed him to expand listeners putting his content right on the faces of a million users: He had Ace Nigerian creators BurnaBoy and Wizkid who reserved reposts for his works even as he continued to peak. He applied both his parody and controversies in ways that captured and engaged listeners and viewers, most especially.

Nowadays, Blaqbonez has been upping his game. He released his debut studio album “Sex Over Love” last year and currently anticipates his Anti-Love crusade after he has walked us through the trails of his album’s deluxe version late last year. Everything has been successfully pulling through for Bonez, and he is on the move to hosting a variety of creators for his upcoming Breaking The Love Crusade this February 13th at Muri Okunola Park, Adeyemo Alakija Street VI Lagos.

Remember, not quite long Blaqbonez his debut album which was more or less an exploration of S3x over love as the title goes. Currently, he anticipates an anti-love crusade. It is logical to say this crusade would connect listeners’ minds back to his debut album even as he now further establishes us to prepare towards the coming of his sophomore studio album he anticipates and titles – “Young Preacher”. It is another better strategy to momentarily connect his listeners to his debut album, the sophomore one, and both his forth-coming crusade.

Currently, the voice of his fans is increasing in numbers for the wait of his most anticipated crusade. He crafted a visual alongside the popular Ric Hassani under the clutches of MTVBase West to catapult his brief perspective plus an examination that depicts the idea of his crusade tag. While many fans have been bonded with this strategy, they’ve now found reasons why they should never miss the show.

Take a look at Blaqbonez on a sparkly white suit like a legit preacher who just got ordained to ministerial duties. He looks more like a young preacher as he calls the title of his next studio album. That is genius. Bonez is so intentional about his marketing strategy which enables him to pace faster into the minds of his listeners as he kills more than three birds with a shot. He is smart.

Secondly, Bonez created an appearance to convey this message for spontaneous marketing purposes. He has always loved to connect us with this approach and it’s wise to call it the branding he maneuvers timely and excellently for smooth marketing purposes. Take a closer look at the season he pulls this forthcoming crusade and says it’s not genius also, even leap at the video he used to convey the same message with his older colleague Ric Hassani. Mad!

Lastly, take a look at the conversation they had on the short video clips. Remember, Hassani is the African gentleman and in as much as you find this relationship about him strongly and connect with his art, plus you already have a knowledge of these creators and their music: Hassani and Bonez specifically, you’d find attending the crusade valuable after watching the video and understanding it from the art they’ve put out ever since.

Well, Blaqbonez also had an outburst on the Twitter community lately. He has fizzled on the trends buttons leaving fans in anticipation for his forthcoming crusade. This is the genius you should look closely at as an artist and learn creative and strategic marketing. He uses a shot to kill more than three birds at once.

Harrysong – Be By Me